The MAI team is thrilled to announce the recipient of the 2021-2022 CAM + MAI mentorship Accompaniment Program: Hoor Malas, for her project If my Body had a Name.

Open to professional choreographers from culturally diverse backgrounds, the mentorship program offered annually by the Conseil des arts de Montréal and MAI (Montréal, arts interculturels) aims to foster the development of dance artists living in the territory of Montreal, and to support them in a process of research, creation and production of work.

Inspired by the work of British author Sir Ken Robinson and the relationship between body and mind, If my Body had a Name is a creative project that seeks to understand gestures, particularly those related to Middle Eastern culture. For Hoor Malas, it is by dissecting and questioning the way these gestures resonate in our bodies that we can then understand their emotional impact.

A partnership between the Conseil des arts de Montréal and the MAI, this mentorship program offers the selected artist a package of financial resources and support, including an $8,000 grant and hours in the CAM’s rehearsal studios. The artist will also be invited to carry out an artistic residency in the MAI’s spaces, and will be part of the MAI’s official 2023-2024 programming.

Hoor Malas, is a dance and movement artist born in Syria and recently settled in Montreal. She started dancing at the age of eight at the Damascus Ballet School. Hoor received her BFA in Dance from the Higher Institute of Arts, Damascus-Syria in 2007 and her Diploma in Contemporary Dance from the Northern School of Contemporary Dance, Leeds-UK in 2008. From 2008 to 2018, Hoor also taught contemporary dance techniques at the Damascus Conservatory of Art.

Through her creations, Hoor dives into social issues influenced by personal experiences. In the past, she has participated in the creation of several choreographic works, including Regression (2016), Three Seconds (2018), Hanging (2019) and Dust (2020-21). Her new solo piece If my Body had a Name is in progress. 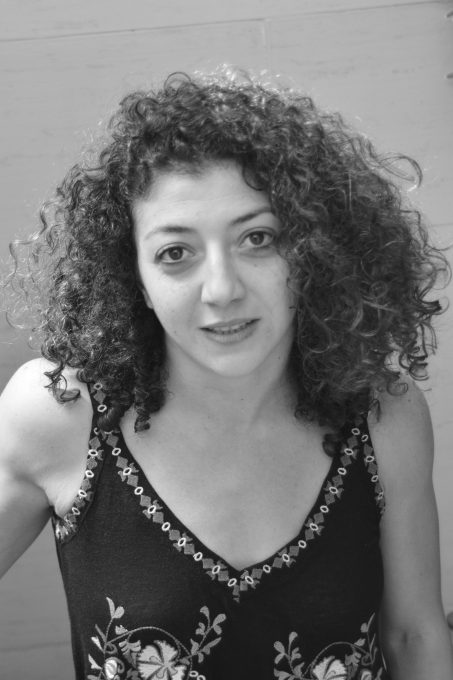 This project is produced with support from the Government of Quebec and the City of Montreal as part of l’Entente sur le développement culturel de Montréal, and from the Canada Council for the Arts.